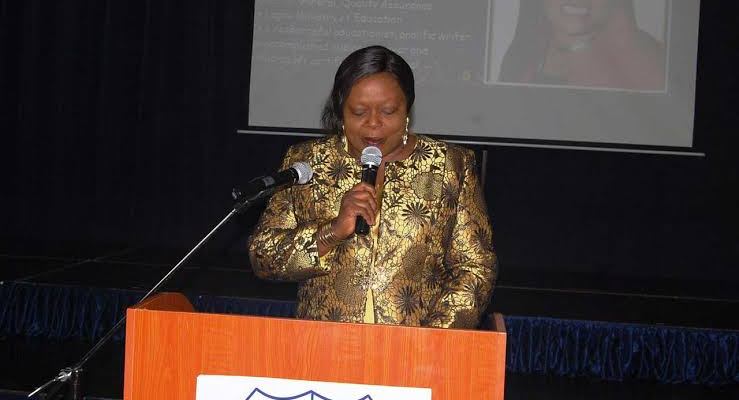 GOVT. ADMONISHES PARENTS TO BE VIGILANT ON THEIR CHILDREN

Parents have been admonished to be vigilant with their wards, the clothes, drinks and foods they take, the friends they keep and their movement at all times, and support government’s efforts in restoring morals in schools.

Mrs. Ronke Soyombo, Special Adviser to the Governor of Ogun State on Primary and Secondary Education made this appeal following the report making the rounds over the purported death of two secondary school students of the Baptist Boys High School, Oke-Saje, Abeokuta, saying that no lives were lost in the affected school.

She warned learners with unruly behaviour to desist from the act, saying any student caught with such unruly character would be expelled with no private schools in the State to admit such student.

The Special Adviser confirmed this while addressing newsmen during a monitoring exercise to BBHS and Ilugun High School, in the Abeokuta North Local Government Area.

Soyombo disclosed that a student of BBHS, Kowi Adeyemi, a Senior Secondary Two (S.S.2) was attacked on Friday, June 25, 2021, and sustained some injuries, but insisted he is alive and responding to treatment. She reiterated that government would not tolerate reportage of false and unconfirmed news.

“We are reiterating that no student died in our schools, there was a fracas on Friday after school hours and a student sustained bruises on his head, but he did not die and peace has been restored to the schools. There is zero tolerance for bad behaviour in our schools, any students caught with such will be expelled and not be given admission into any private school in the State.

“I want to admonish parents to be vigilant with their wards, the clothes, drinks and foods they take, the friends they keep and their movement at all times. Our parents should support government’s efforts in restoring morals in schools”, Soyombo said.

In her submission, the Permanent Secretary in the Ministry, Mrs. Abosede Ogunleye charged students to be well-behaved, noting that students must have 75 percent attendance before they would be allowed to write the West African Secondary School Certificate Examination (WASSCE).

Responding, the Principal, BBHS Senior School, Mr. Oluseyi Kusimo, faulted the unconfirmed report of the death of the student by some media houses, saying learners are in school and have settled in their various classes.

Speaking on behalf of the students, the Senior Prefects, Samuel Ifeoluwa of BBHS and Adebimpe Waris of Ilugun High School, promised to encourage fellow students to desist from despicable acts and be good ambassadors of the school and theState at large.