OUR GOAL IS TO EMPOWER YOUTHS, WOMEN SMALL SCALE ENTREPRENEURS IN EKITI – Fasae 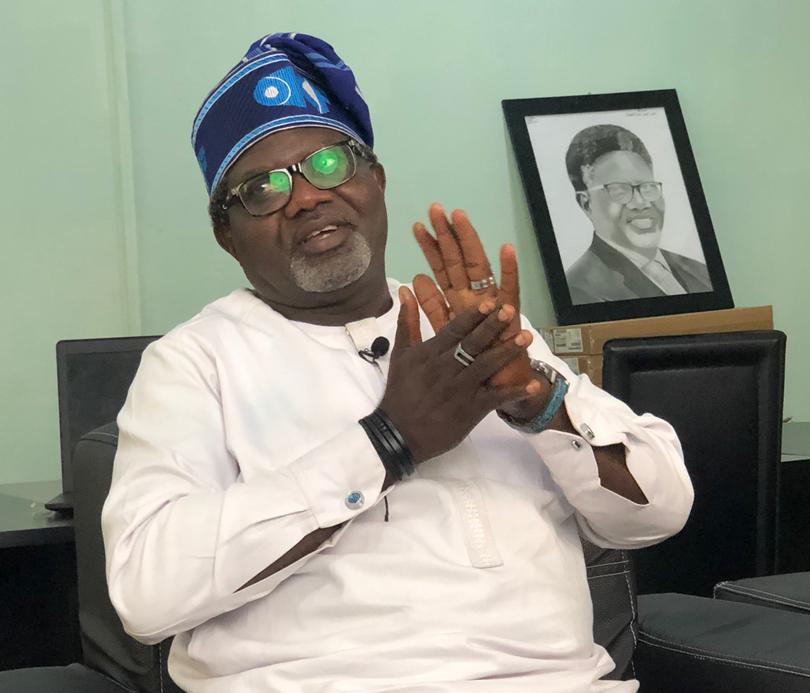 The way to revamp the economy of the Nigerian nation is a total business revolution with the youths and women in Small Scale and Medium business as main targets.

This was the position expressed by Otunba Kayode Fasae, Director General of Ekiti State Microfinance and Enterprise Development Agency who stressed that their drive included making funding available for young entrepreneurs and the women.

The Director General appointed in 2019 said they have been working with a number of youth organisations and groups in order to persuade them to key into Small and medium scale Enterprise so that they wouldn’t be employees but employers of labours.

Fasae said they found out that many rural women in various Small Scale enterprises only various needed just a small amount of start up funds, but when they could not raise it, they would approach loan agencies, groups or individual would give them cut throat or bone- straightening conditions which many times kill their dreams, saying that this were their primary targets.

He disclosed, “We spent so much money in the wake of Corona Virus pandemic providing non refundable funds for women in the wake. This was made possible with the support of the federal government and state government under the leadership of passionate and selfless Governor, Dr John Kayode Fayemi”.

The DG said that they have also been able to provide funding for a number of Small Scale business Entrepreneurs as a result of the desire and commitment of the Governor to see many them succeed irrespective of areas or fields.

He said have been selecting beneficiaries by profiling those who approach and seek the assistance of the agency, adding that once anybody could provide genuine business proposals and dependable guarantors, they are considered.

Otunba Fasae allayed the possible fear of those who erroneously feel that the project was politically motivated, saying that the agency was established to serve all without religious or political affiliation.

He buttressed his point with fact that in their forms and other documentation there was nothing that has to do with such. “We are committed to build an enduring legacy that we would be be able to pride in, even when I might have to left the agency”, he stated.

Otunba Fasae disclosed that the agency, with the mentoring of Dr. Fayemi was planning to accommodate many more young Entrepreneurs and peasant traders throughout the Local Government Areas of the state in their various schemes and therefore enjoined the youths to avail themselves the opportunities.