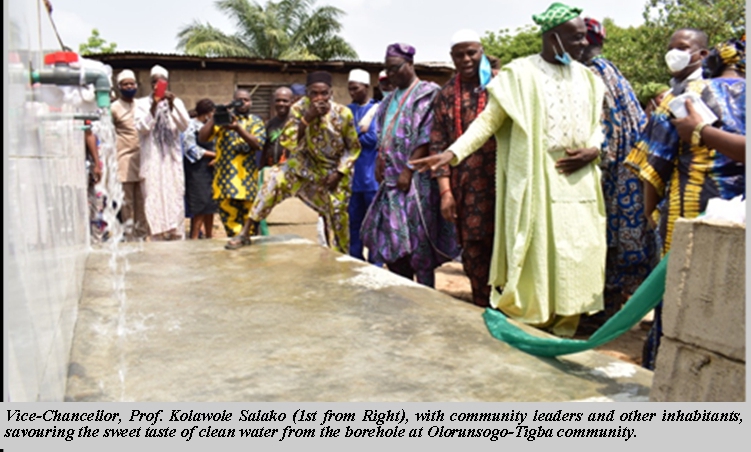 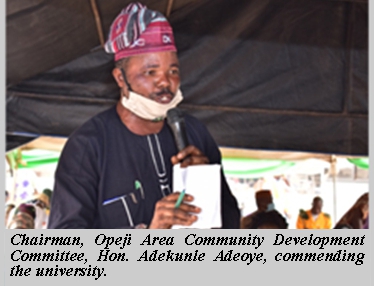 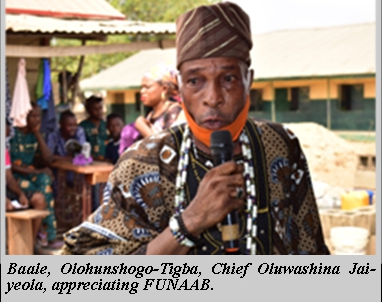 As part of its Corporate Social Responsibility (CSR) initiatives to host communities, the University has donated two boreholes to the Mawuko and Olorunsogo-Tigba communities in Ogun State. While commissioning the boreholes, the Vice Chancellor, Prof. Kolawole Salako noted that FUNAAB was founded on a tripodal mandate of teaching, research and extension services, and by the provision of the borehole to the communities, the University was fulfilling an important part of its mandate.

Prof. Salako said that the difference between FUNAAB and other universities is in the area of community development through the Town and Gown relations, which the University is known for, stressing that his administration had always been committed to providing better services to the people. The Vice Chancellor tasked the community members on the need to work in unity so that the project could benefit them and the generations to come, adding that part of his administration’s goal was to provide relief and succour to the communities.

Speaking earlier, the Project Engineer, Engr. Olanrewaju Majekodunmi stated that the University’s donation was an expression of affection for the people by making water accessible to the communities. On behalf of the communities, the following traditional chiefs thanked the University and promised to make good use of the borehole. They are: Baale Mawuko, Chief Wasiu Ogunbanke; Baale Olohunshogo-Tigba, Chief Oluwashina Jaiyeola; Baale Opeji, Chief Adesina Rasak; Chairman, Community Development Association, Opeji, Hon. Adekunle Adeoye, and Iya-laje Opeji, Chief Nosirat Adeyemi.