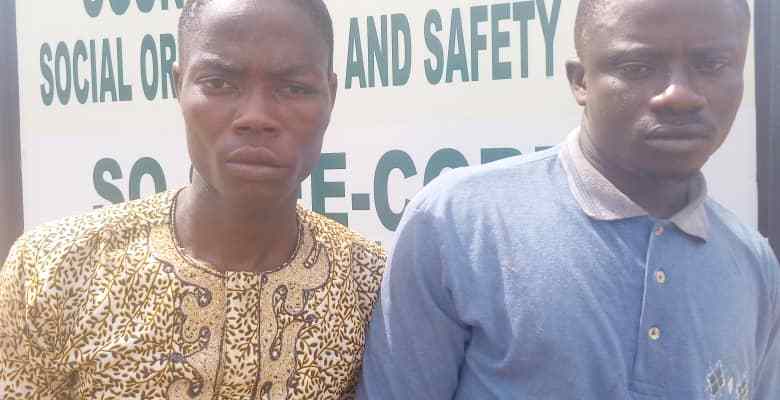 2 NAPPED WITH 92 GALLONS OF PETROL

This was contained in a Press Release signed by ACC Moruf Yusuf, Director of Information and Public Relations and made available to our editorial desk

The arrest of these two were effected by the seasoned with intelligence and eagle eyed Officers and men of the Corps deployed to enforce the Covid-19 stay at home orders of the Government in Idiroko Division at about 1.00 hours on Saturday April 25.

They were caught while stealing petrol(PMS) in tankers impounded by The Nigeria Customs Service,Idiroko Command during the total lockdown for violation of order. The arrest was effectuated by superb intelligence gathering.

The suspects Salako Tobi, male, 30 years old of Oko Epo, Mede Ajegunle located in Ipokia Local Government and Husu Mautin, male,22yrs, of Igbo Are, Ajegunle , Mede in the same local Government were caught with 2760 litres petrol and confessed without torture to have stolen the fuel in 45 pieces of 30 liters gallons in the first trip and secondly 47 pieces of 30 litres gallons totalling 92 gallons from a seized tanker by NCS.

According to the Press Release, the tanker was packed by the Nigerian Custom Services at Vicket filling station ,Ogosa, Ipokia Local Government.

After preliminary investigation, the suspected robbers have been handed over to the Nigeria Customs Service ,Idiroko Command for further investigation.