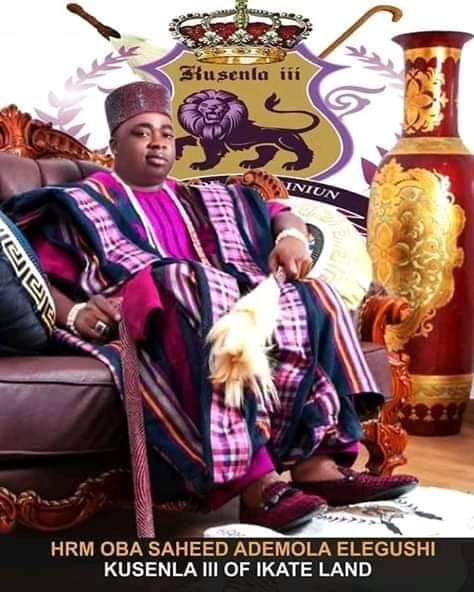 Yoruba Council of Youths Worldwide(YCYW) and Yoruba Council of Women Worldwide(YCWW) and other affiliated groups of the Igbimo Apapo Yoruba Lagbaye have Congratulated, His Royal Majesty, Oba Ademola Saheed Elegushi, Kusenla 111, The Elegushi of Ikate Land and Environs on his Birthday Anniversary.

The stated they were indeed proud of his landmark achievements which has brought Ikate Elegushi Land and Eti-Osa to a higher pedestal of excellence and greatness in leaps and bounds, and by extension to the entire Lagos State, Yoruba Land, Nigeria, Africa and globally ever since his ascension of the throne of his ancestors.

“We are indeed grateful to God Almighty for granting His Majesty this joyous day of His Birthday Anniversary. May God Almighty continue to enrich His Majesty with long life in good health, divine wisdom and supernatural grace”.