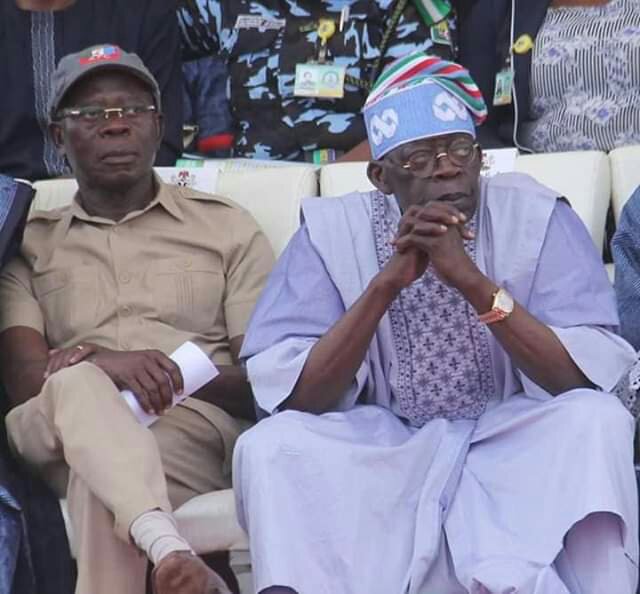 The National Working Committee (NWC) of the ruling party whose Presidential candidate was a few days given a second term after winning the presidential election, has also recommended their expulsion from APC to the National Executive Committee (NEC).

The decisions were taken at the NWC meeting held on Friday afternoon in Abuja where allegations of “anti-party activities” were levelled against the governors.

Amosun and Okorocha were both elected senators on the platform of APC on Saturday but they are backing different candidates of their own sponsored parties against the APC for the March 9 governorship election.

Both governors have been openly supportive of prospective successors who are not members of their party. As Amosun is publicly sponsoring and showing support for Adekunle AbdulKadiril Akinlade, Ogun governorship candidate of the Allied Peoples Movement (APM) so also Okorocha has thrown his weight behind Uche Nwosu, his son-in-law and Imo governorship candidate contesting of the Action Alliance (AA).

Amosun was roundly criticised in February when he flooded an APC presidential rally in Abeokuta with APM supporters. The incident was decried and widely condemned as the APM sponsored thugs almost
pelted President Muhammadu Buhari with water bottles stones but for his security.