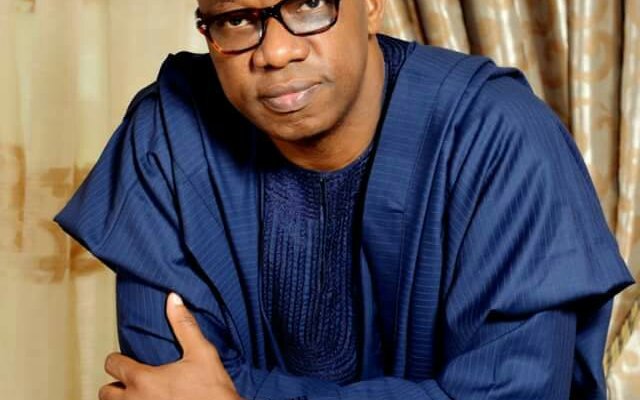 His Royal Majesty, Oba Abdul Fatai Akorede Akamo, Olu of Itori has advised other traditional rulers in Ewekoro local government not to cast their votes for no other political party than All Progressives Congress APC.

The Traditional Ruler in Ewekoro local government make this categorically when the campaign train stopped of APC governorship candidate and other APC candidates for the forthcoming general elections in the state.

The monarch explained that Ogun state had never had it so good until APC governance in the state, stressing that APC was the only party that brought infrastructural development and also put smiles on the faces of the Masses.

Oba Akama opined that Senator Ibikunle Amosun has done his best by transforming the state but believed that Ogun State needed a governor that will performed beyond peoples expectations. He concluded Prince Dabo Abiodun meet his evaluation.

While commending president Muhammad Buhari for all what he has done in Nigeria and Ewekoro local government. He wondered why people called him “Baba Goslow ” with all his laudable strides and achievements. “They call him “Baba Goslow” he gave them light railway and cargo airport in Ewekoro local government. He said he should remain “Baba Goalslow” provide us all our developmental needs in us Ogun state.

In his speech, Prince Dapo Abiodun, APC governorship candidate in Ogun state assured the people of Itori, Oluke Orile in Ewekoro local government that Dangote Cement factory would return when he assumed office as Governor. He said this was possible, because as a front-runner private investor he knew how to discuss bring about huge investments to Ogun state .

Abiodun also promised his administration would
make life better for the citizens and residents of the state and ensure an even distribution of dividends of democracy across the nucks and crannies of Ogun state.