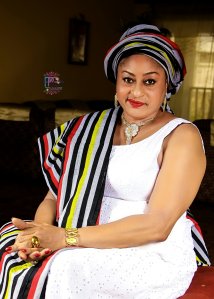 Political parties and their gubernatorial candidates have been advised to shun campaign of calumny but engage in that of objectivities and progressive initiatives that bring about life for the people.

Speaking exclusively to our reportorial team, the Gubernatorial Candidate of Labour party, Modupeola Ibiwunmi Sanyaolu said it was about time aspirants started intimating the Nigerians with their manifestoes and not engaging in dirty politics or any form of calumniation.

The only female Governorship candidate in Ogun state said playing dirty or mudslinging would not do anyone any good; those who maligned others and those maligned Would not gain anything, because according to her politics should not intersperse contestants.

Sanyaolu stated that aspirants should avoid malicious misrepresentation of others, rather articulate programmes or projects that would positively impart the lives of the people of the state to whom, whoever won, would be holding the governance of the state in trust.

She wanted fellow aspirants to realise that it is one position, adding that it could be occupied by only one person at a time. Failure to get it after a trial or two trials would not foreclose the possibility of getting it in the future. “After all the incumbent Governor did not get it at his first and second attempts until his third effort”, she explained.

The Labour Party flag bearer told every contestant to Know that the other fellow aspirants are not foreigners but indigenes of the state who are also, to a large extend, stakeholders in the entity known as Ogun state.

She charged them to see one another as brothers and sisters who are only, primarily desirous of serving the people of the state as the number one citizen of the state and not just the Chief Executive of the state, noting that if service located a front burners of their aspiration they should embrace one another.

Modupeola Sanyaolu opined that the masses were really not interested in seeing them play dirty polity but reel out what individual aspirants are planning to do to make them enjoy the dividends of democracy; they want to hear their plan for Education, Agriculture, housing, food and overall Development of the state.