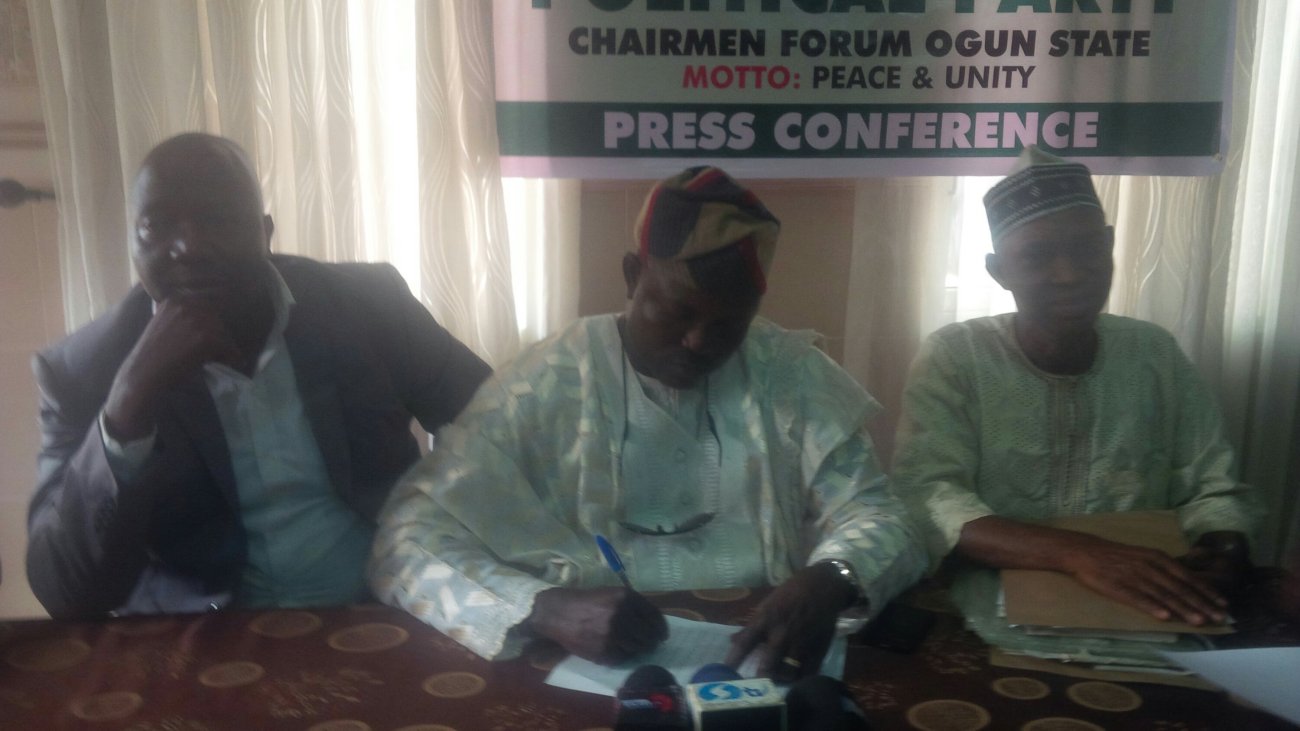 Political parties under the aegis of Political Party Chairmen, Ogun State have denounced the adoption of a governorship candidate by the Ogun state Chapter of Intra-Party Advisory Council ( IPAC ), describing the action as self-centered as well as a barbaric attention seeking move.

Olusegun Olufemi, Spokesperson of the group at a special Press briefing held yesterday in Abeokuta, Ogun State urged the general public to disregard such claim by Abayomi Arabambi because according to him IPAC had never had any meeting pertaining to such issue let alone adopt gubernatorial candidate of any party.

Reacting to the question of who their own candidate said they did not have any preferred candidate, adding that they had not gathered for such purpose other than to vehemently dispel the lies being