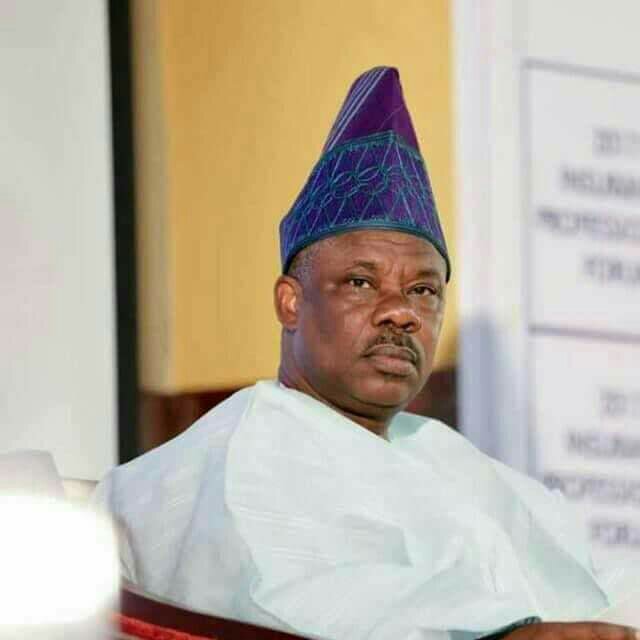 A group of Youth has warned the Governor of Ogun State Governor, Senator Ibikunle Amosun to stop dropping the name of President Muhammadu Buhari, for his selfish and undemocratic motives”

In a statement issued in Abeokuta on Thursday and signed by the State Coordinator Dapo Abiodun Movement, Barrister Nuberu, advised Senator Amosun to heed the warning of Mr. President, contained in the public statement signed by President Buhari’s SSA on Media, Malam Garba Sheu, warning people to desist from dropping the name of the President.

“The adoption of another man’s personality to influence or gain advantages, be it political, financial, social and cultural over unsuspecting masses is nothing but classical fraudulent practice – Corruption”, the group said.

The Movement observed that the preponderance of the corrupt practice of dropping Mr. President’s name, especially among the political class , made the Senior Special Assistant on Media and Publicity to the President Muhammed Buhari to state categorically on Tuesday that ” suspected self-serving name droppers are embarrassing the President, and therefore issued a stern warning to political appointees, government officials and party men against influence peddling for corrupt pecuniary gains and other forms of extortions.”

Premised on the foregoing, the group declared, “we equally lend our voice to condemn the act which trends in the government circle in Ogun State and call on Senator Ibikunle Amosun and his lieutenants o revert to the path of honour in pursuit of his desperate political succession bids by leaving the name and personality of the President out of it”

“It is on this basis that we warn Senator Ibikunle Amosun to stop the reckless dropping of President Muhammad Buhari in his desperate succession bid. President Muhammad Buhari who believes in party supremacy, welfare of his staff, industrial harmony and fledging democratic institutions has nothing in common with Senator Ibikunle Amosun whose stand and stance are antithetical to the former.”