Aggrieved members of All Progressive Comgress who contested for National Assembly in Ogun State have asked the Chairman of their party, Comrade Adams Oshiomole  to respect the mandate freely given to them by  members of the party during the Primaries held accross the state. 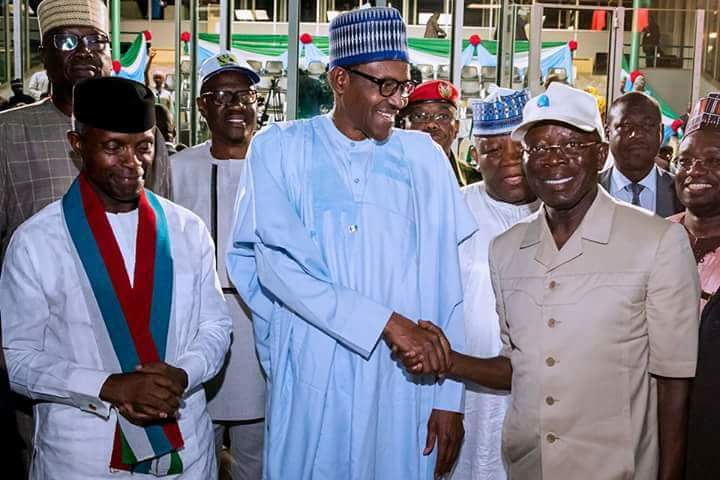 Making this call at NUJ, Ogun State council Secretariat, Iwe Irohin, they stated that the primary elections,  supervised by the state Election Committee set up by the National Working Committee of APC headed by Col. Ali Chiroma, place in all the 236 electoral wards of Ogun State in a peaceful and transparent atmosphere and televised live on NTA and Channels television.

They aslo said at the end of the exercise the results of the elections were accordingly announced by the Chairman and 26 of them were declared winners in their respective state constituencies with Col. Chiroma supervising.

These aggrieved House of Assembly Aspirants however pledged their loyalty and support to President Muhammadu Buhari’s second term in office and said they would do all in their disposal to ensure he recorded an unprecedented votes in Ogun state in 2019 elections.

They also acknowledged the leadership of the state,  Senator Ibikunle Amosun who they believed had raised the bar of governance in Ogun state.